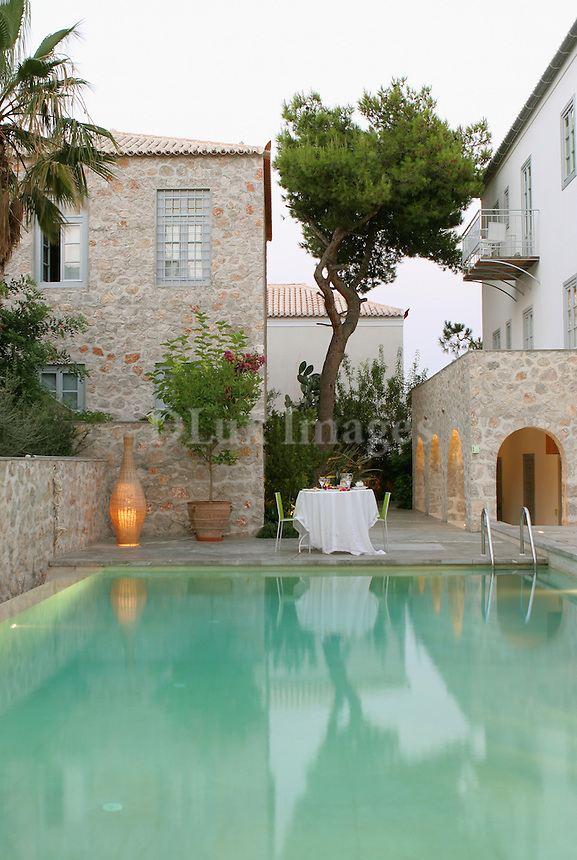 ORLOF..Christos Orlof became a permanent citizen of the Greek island of Spetses where he began to develop his business . Eliza Manola always by cooperating with Christos Orlof, was responsible for the architecture of the house restoring the old house of an aristocratic family dating back to 1865 which follows the traditional style of the island ..